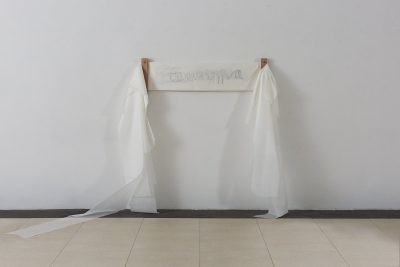 Thanks for reaching out, crucial topic! My statement is an interview with the artist Pernille Egeskov whose recent exhibition deals with the Cracks & Crevices in Europe – leading to dissolution or a new beginning?

What condition is Europe in today? Historically, Europe is one of the most successful societies of the post World War era, but its structure is revealing ever deeper and more severe crevices. Is Europe falling apart, or do these crevices signify that Europe is sloughing to reinvent itself? In her latest exhibition, entitled Cracks & Crevices, Pernille Egeskov (b. 1970) introduces a new, wide-reaching theme, connecting her interest in timeless human conditions with European cultural history and the political moment which we are a part of right now.

All installation photos by Isak Hoffmeyer.